10 REASONS NOT TO TALK TO THE POLICE 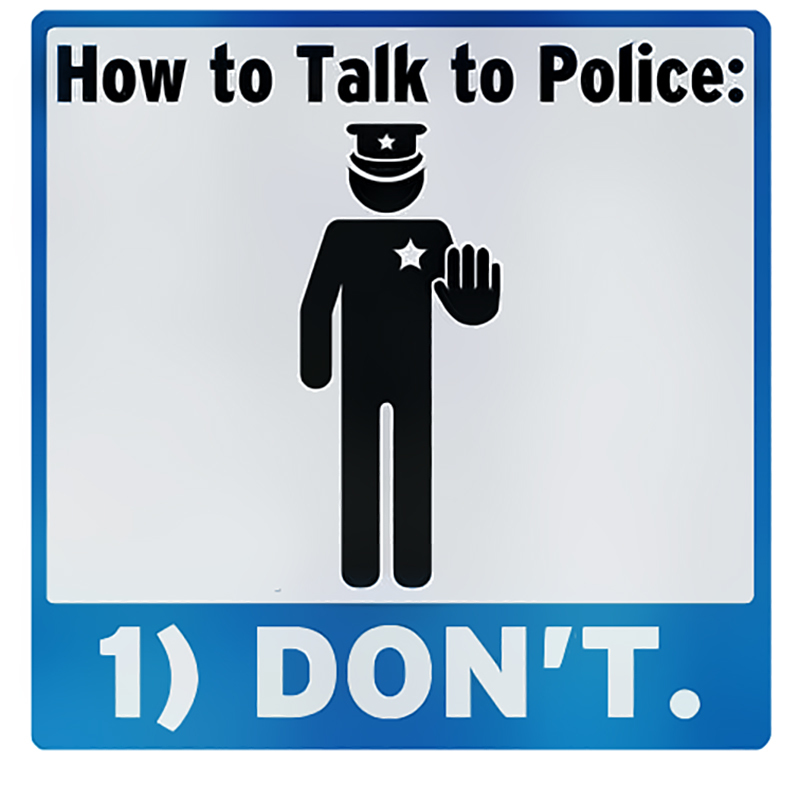 Don't talk to the police!

Whether you are being pulled over, approached on the street, or officers arrive at your door, it is never a good idea to talk to the police.

Whether you are guilty or completely innocent, it is never a good idea to talk to the police.

Whether you ready to come clean or you have nothing to hide, it is never a good idea to talk to the police.

Please review these TOP REASONS NOT TO TALK TO THE POLICE, some of which can be credited to a video lecture by Professor Dwayne at Regent University Law School:

**Talking to the police can and should only be done with an experienced criminal defense attorney, and the decision about whether to talk to them is one you should never make alone. Keep our number in your phone or wallet and contact us as soon as possible.  We will advocate for you through this confusing and emotional process, guide you appropriately, and help you reach the best possible outcome.