A REMINDER ABOUT RED-LIGHT CAMERAS… 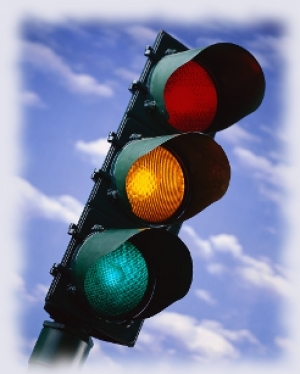 The Seattle Times printed an article this week reporting that traffic deaths are up in cities where they have turned off red-light cameras.

Camera tickets have been on the rise with more and more traffic cameras installed around the greater Seattle area last year. This includes Red Light Traffic Cameras and School Zone Safety Cameras. Our prior blog post describes some of the critiques of red-light cameras. For example, camera fines are set and don't account for how far over the speed limit the driver is driving. Sophisticated cameras will catch drivers going even one mile per hour over the speed limit passing a school when yellow lights are flashing. The fine will be the same for the driver going 1 mph over the limit as they are for the driver going 15 mph over the limit.

The registered owner of the vehicle in violation has 18 days from when it is issued to respond to the citation. Options for response including requesting a hearing, signing a declaration that the owner was not driving the vehicle, or paying the fine.

If you receive a traffic citation, camera or non-camera, consider contacting our experienced traffic attorneys. Many people quickly choose to pay their tickets without understanding the numerous reasons to fight them.  Some citations will impact your insurance rates while others will not. The best way to know how to proceed is to speak with a knowledgeable traffic attorney. Our traffic infraction defense team can advise you accordingly.  If you choose to fight your ticket, our traffic attorneys have extensive experience and an excellent success rate.  Our goals are to protect your record, your insurance rates, and your privilege to drive. Please contact us today for a Free Consultation.

REVIEW THE CRIME STATS & POLICING PLAN IN YOUR SEATTLE NEIGHBORHOOD

SEAFAIR WEEKEND IS COMING! BEWARE OF BUI AND DUI