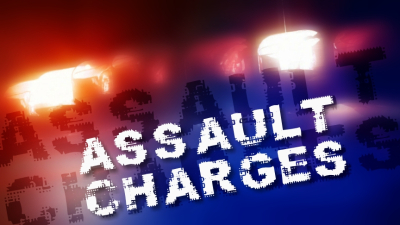 Assaults vary greatly in terms of situation and seriousness. Being charged with assault can be confusing, upsetting, and life-changing. Whether it is self-defense, defense of another person, a lapse in judgment, or something else that led to the assault charge, you will need strong legal representation to navigate your charges, defend your rights, and fight for the best possible outcome.

It is helpful to have a basic understanding of the way assault charges are characterized by the courts. In Washington State, assault charges are divided into four degrees or categories, depending on the circumstances of the offense. The degrees are separated by level of seriousness and corresponding penalties, with First Degree Assault being the most serious.

-A person may be charged with First Degree Assault if he/she is accused of one of the following actions, with intent to inflict great bodily harm:

-This is a Class A Felony that carries a potential sentence of 93-123 months in prison and fines up to $50,000 for a first time offender and life in prison for a repeat offender.

-A person may be charged with Second Degree Assault if he/she is accused of one of the following actions, under circumstances not amounting to First Degree Assault:

-Allegations of “substantial bodily harm” may refer to broken bones or other injuries requiring medical treatment. If there is an allegation of use of a deadly weapon or choking, an injury is not required.

-This is a Class B Felony that carries a potential sentence of 3-12 months in prison and fines up to $20,000 for a first time offender. For repeat offenders, if may result in a prison term of up to 10 years.

-A person may be charged with Third Degree Assault if he/she is accused of one of the following actions, under circumstances not amounting to First or Second Degree Assault:

-Alleged assaults that may normally be considered Assault 4 can be punished as Assault 3 if the alleged assault occurs to a person performing specific occupations, as indicated above.

-This is a Class C Felony that carries a potential sentence of 1-3 months in prison and fines up to $10,000 for a first time offender. For repeat offenders, if may result in a prison term of up to 5 years.

-A person may be charged with Fourth Degree Assault if he/she assaults another person under circumstances not amounting to First, Second, or Third Degree Assault

-No injury needs to occur for Assault 4 charges to be filed. The requirement is that the contact be considered “offensive by an ordinary person”

-This is a Gross Misdemeanor charge with fines up to $5,000 and jail time ranging from 0-364 days. The court may also order anger management or drug treatment classes, and/or may resolve the case through probation.

-A DV specification on an Assault 4 charge is likely to come with enhanced penalties. Like Assault 4 (non-DV), DV Assault 4 is a Gross Misdemeanor and a conviction can result in up to 364 days of jail time and a $5,000 fine. In addition, a DV Assault 4 conviction may lead to a loss of rights to possess firearms. The court may also order a domestic violence treatment program and a no-contact order, keeping the accused away from their loved ones and even their home.

-DV Assault 4 charges do not require an injury to take place. DV Assault charges are filed when there are allegations of a minor injury or no injury at all. If police are called to a scene and there is any indicator that unwanted touching has occurred, an arrest will take place. State law requires the police to arrest the primary aggressor if they have probable cause to believe there was an assault within the last four hours.

-Please see our prior post about DV Assault 4 for additional information.

Assault is an extremely serious offense with life-changing consequences. It is important that you understand the magnitude of the potential repercussions and the necessity of involving experienced legal counsel at the earliest opportunity. Contact our skilled criminal defense attorneys today for a Free Consultation.