DISTRACTED DRIVING LAWS MAY TOUGHEN SIGNIFICANTLY – PUT DOWN THE PHONE! 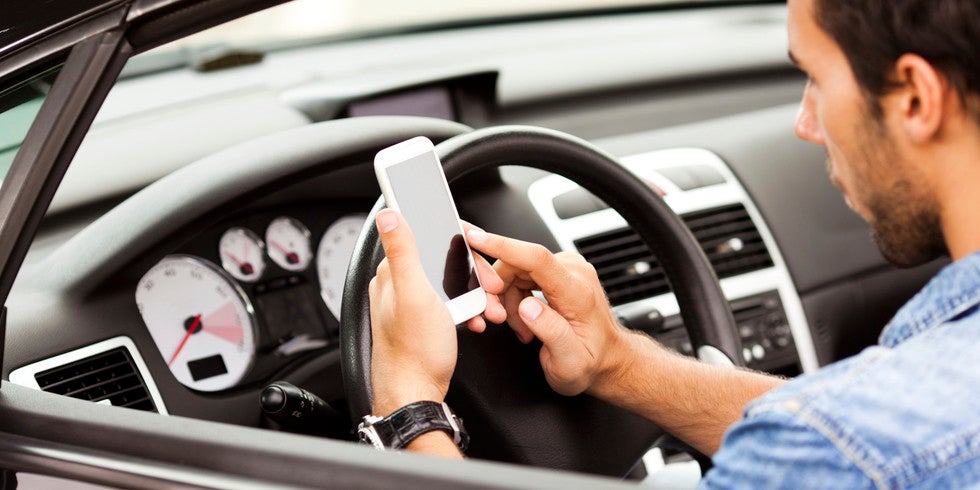 Lawmakers in Washington state are aiming to increase safety on the streets and decrease traffic fatalities in 2017.

The Seattle Times presented an article this week describing a bill in the works, tentatively named the “Driving Under the Influence of Electronics Act”. The bill seeks to expand upon existing law and prohibit almost all use of handheld devices by drivers.

Distracted driving refers to activity that disrupts a driver's focus. Cell phone activity distracts a driver's attention and thus endangers the driver, their passengers, other drivers and passengers on the road, and pedestrian bystanders.

Washington's current cell phone laws came into effect in 2008 and 2010. Formerly, drivers could only be ticketed for texting while driving if it was a secondary offense. However, under the new laws if police see you holding your phone or texting while driving, they can pull you over and issue a ticket for the offense.

Violations of cell phone and texting laws carry a $124 fine for a first-time offense. This could be significantly more if you are involved with causing a collision.

The Seattle Times article reiterates that Washington's laws are almost a decade old. Texting and holding a cellphone to the ear are banned. However, when these laws were created the popularity and wide usage of certain apps was not in existence. The article cites Twitter, Snapchat, and Facebook Live as examples of cell phone apps that may divert a driver's attention for just a few seconds, which is all it takes to cause a fatal accident. It can be as dangerous as driving drunk.

The National Safety Council reports that traffic fatalities in the U.S. caused by distracted driving increased 9% from 2014 to 2015, and Washington state is no exception to the “deadly epidemic.”

Lawmakers are feeling optimistic about their chances of success in passing a bill to toughen distracted driving laws, despite past failed attempts. There is a lot of support and increased public awareness. Families of victims of distracted driving traffic fatalities will likely testify in support of the bill.

Some of the changes lawmakers hope to see include increasing the current $124 fine to $350 for using handheld devices, as well as having these citations reported to insurance companies and courts. They hope to see drivers deterred by stiffer penalties. They also seek to ban use of cell phone apps while driving. Hands-free communication would continue to be legal, but drivers would not be able to pick up their phones and scan their Facebook feed, look at Instagram, or post a tweet or status update. The specifics of the bill are still in discussion.

The news article also discusses habits of drivers, limitations of the distracted brain, and the challenge of changing human behavior.

We urge you to drive responsibly, focus on the road, and prioritize the safety of yourself and those around you. No social media update, text, or phone call are as important as your life.

DIVORCE: WILL MY SPOUSE TAKE MY 401K?