HIT-AND-RUN: LANCE LEFT THE SCENE! WHY YOU SHOULDN’T, AND WHAT TO EXPECT IF YOU DO 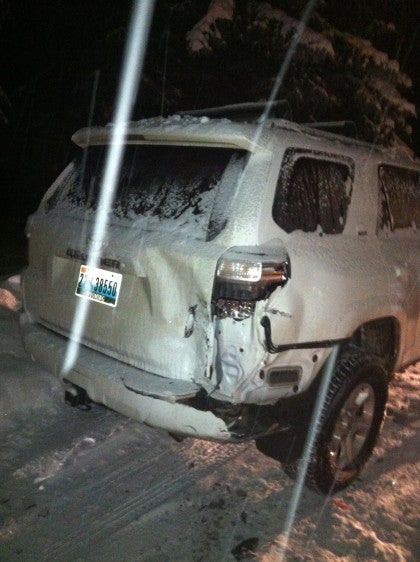 Armstrong reportedly hit two parked cars with his SUV and then fled the scene after a night out partying in Aspen, Colorado. However, the original story he and his girlfriend Anna Hansen told authorities was that Hansen was driving. The two reportedly colluded to let Hansen take the blame in order to avoid media attention.

Armstrong's alleged indiscretions lend an opportunity for a learning point. All drivers in Washington State need to be aware of the Hit and Run laws and consequences.

In Washington State, a Hit and Run is considered a criminal offense. Consequences could include jail time, fines, restitution for injury or property damage, and increased insurance costs.

Hit and Run – Unattended:  This is the lowest level of Hit and Run, and under Washington law is considered a misdemeanor. Washington's Hit and Run Unattended statute is RCW 46.52.10. When a driver collides with and unattended vehicle, they are required to immediately stop and locate the owner or leave a written note (including their name and address) in a conspicuous place if the driver cannot be located. The crime of Hit and Run of an Unattended Vehicle occurs when a driver leaves the scene without giving the owner of the vehicle their contact information. Penalties for a Hit and Run of an Unattended Vehicle may include 0-90 days in jail and a fine of 0-$1,000. Being convicted of this crime does not trigger a driver's license suspension but may trigger suspension of a Commercial Driver's License and insurance premiums are likely to increase.

Hit and Run – Attended:  When a driver in Washington State strikes another vehicle that is occupied, they are required to stop immediately and provide the other driver with the following information:  name, address, insurance information, and driver's license information. If a driver flees the scene and fails to stop and exchange information, it could result in a conviction of a Hit and Run of an Attended Vehicle, which is a gross misdemeanor. Penalties may include up to 364 days in jail and up to a $5,000 fine. Being convicted of this crime will trigger a 1-year driver's license suspension. An experienced attorney can advise you more specifically of what you could be facing on your Hit and Run Attended  case and help you get the best possible resolution. Washington's Hit and Run Attended statute is RCW 46.52.020.

If a driver is in an accident where injury or death occurs, he/she is required by law to stop the vehicle immediately and offer assistance to the injured party, including arranging for transportation to the hospital. The driver must also provide name, address, insurance information, and driver's license information. If the driver leaves the scene of an accident when a person is injured, it is considered a class C felony. If the driver leaves the scene after causing a person's death, he/she may be charged with a class B felony.  Both felony convictions could result in jail time and significant financial penalties.

The attorneys at Dellino Law Group are equipped and available to fight any Hit and Run case. We will work with diligence and expertise to reduce consequences and reach the best possible resolution for  you.

IN THE HEAT OF A SUPERBOWL LOSS…….