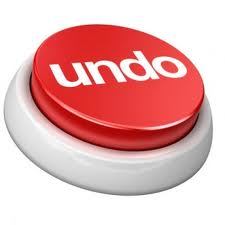 Annulment is a commonly used term for a court procedure that dissolves a marriage, treating it as though it never happened. In Washington State, a marriage annulment is called a “Declaration of Invalidity”. Such declarations are granted by the court under specific, special circumstances only. The ruling legally declares the marriage invalid from the beginning, essentially claiming the marriage never technically existed and was never valid. RCW 26.09.040 describes Washington State law on annulment and invalid marriages.

The following are the legal basis for declaring that the marriage is invalid and should be erased. The grounds for a Declaration of Invalidity are described in further detail under RCW 26.09.040:

In pursuing or responding to a Declaration of Invalidity, you will need to work with a knowledgeable family law attorney. Our family law attorneys are experienced and equipped to help you navigate your individual situation. We recognize that dissolving a marriage is often very complicated and emotionally charged, whether it is through divorce or Declaration of Invalidity. We are here to walk you through the process and minimize undue stress.

Once a marriage is declared invalid, parties must deal with similar issues as would apply to divorcing couples: asset and debt division, child support and parenting plans, spousal maintenance, etc. Our family law attorneys have the expertise and proficiency to handle every aspect of your marriage dissolution. Please contact us today for a consultation .

THE ROMANCE OF PRENUPTIAL AND POSTNUPTIAL AGREEMENTS

JUVENILE COURT: WHAT HAPPENS WHEN A MINOR BREAKS THE LAW?