POLICE CRACKDOWN IN THE UNIVERSITY DISTRICT 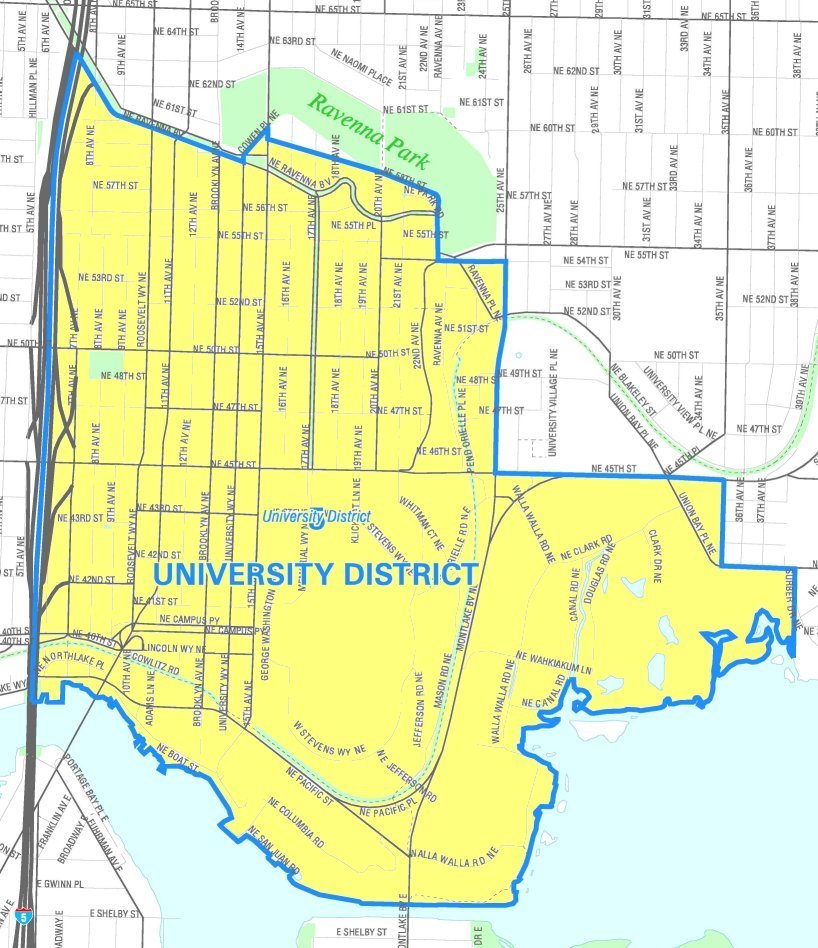 The Seattle Police Department and the University of Washington are working together to make the University District safer. This partnership, whose current efforts are part of a plan known as the ‘U Way Project', is seeking to better the neighborhood for students, residents, and businesses alike. The Seattle Times describes the goals of the collaboration and the steps being taken.

The article describes an influx of drug dealers that had been frequenting the University District in the last several years, reportedly behaving aggressively and scaring off customers from local businesses. This activity has markedly lessened, at least visibly, which is in part accredited to this SPD and UW partnership, who have been making significant efforts in this area over the past year.

In April 2015, SPD implemented a targeted effort to shut down the open-air drug dealing and associated crime in a small section of downtown where much of the city's crime is concentrated. This was known as the “9 ½ Block Strategy” and resulted in 186 suspected drug dealers and other criminals being removed by Seattle Police.

The ‘U Way Project' seeks to take a similar approach, with the goal of reducing crime and drug activity in the University District. The first phase of the plan, which began in June, was to target drug dealers. SPD went undercover for several months to get a sense of operations in the area, in terms of which drugs were most prevalent and the aggressive demeanor of the dealers. Most of the dealers were arrested, many of whom were repeat offenders. The second phase is reportedly still in progress and includes resource coordination for homeless youth as well as enforcing loitering laws.

Loitering refers to “standing or waiting around idly or without apparent purpose”. SPD are starting by recognizing regular loiterers in the area and providing resources and materials about shelters and other available services. The eventual plan is to give infractions to those violating Seattle's sit-lie ordinance on the Ave.

The UW and SPD are aiming to make the neighborhood safe and more livable, but not everyone is on board with the plan. The Seattle Times article describes that some homeless youth are not interested in going to a shelter or leaving their spots in the U District. Their perception is that this feels like increased police harassment. Critics of this approach believe that it ultimately criminalizes homelessness.  Criminalization of homelessness can violate Constitutional rights, exacerbate the situation, and create issues of morality. Additional barriers can be created for homeless people, and often times access to services actually decreases rather than the desired effect.

Rounding out the efforts, ‘U Way Project's' third and final phase involves continued collaboration and efforts toward culture change to see that the impacts are sustainable and long-lasting. SPD asks for the community's support in pursuing their goals of safety, security, and flourishing businesses, free from open-air drug activity and violent crimes.

In order to stay well informed as a Seattle resident and also from a legal standpoint, it is important to understand the efforts being made by law enforcement and the potential impacts on the community. If you find yourself on the receiving end of an arrest, you don't have to face your criminal charges alone. Consider working with one of our experienced criminal defense attorneys, who will investigate the details of your case thoroughly and work hard to achieve the best possible outcome.

THE SEAHAWKS CELEBRATE A WIN AND CAUTION TRAFFIC SAFETY