THE STRUGGLES OF INNOCENT PRISONERS 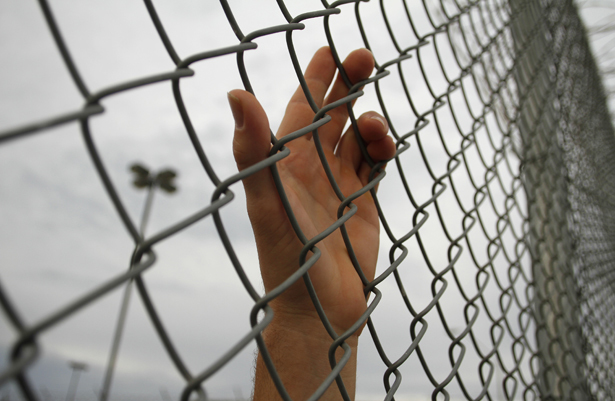 The Huffington Post provides a forum for Lorenzo Johnson to speak out about the injustice surrounding wrongfully convicted prisoners and to fight for his own freedom.

Lorenzo Johnson served 16.5 years of a life-without-parole sentence, from 1994-2012, for a murder he did not commit. He was allegedly asked to falsely accuse a friend of the murder and drug dealing, and when he refused he was charged. Following his conviction, new evidence came to light as well as fundamental issues with the trial itself. After 16.5 years, the Third Circuit Federal Court of Appeals ruled there was legally insufficient evidence for his conviction and Johnson was released. He reunited with his family, got a job in construction, and began speaking publicly on behalf of other falsely convicted innocent prisoners. After just four months, the U.S. Supreme Court unanimously reinstated the conviction and ordered Johnson back to prison to resume his sentence. This was determined using the argument that U.S. Constitutional protections could not be used to overturn a state jury conviction on grounds of insufficient evidence. (The Campaign to Free Lorenzo Johnson)

Bottom line: Lorenzo Johnson is back in prison, serving time for a crime he didn't commit and for which it was acknowledged in court that there was insufficient evidence. This man has now lost more than 18 years of his life to the failures of the system. Johnson continues to fight for justice and legal vindication of his innocence from behind bars. The Jeffrey Deskovic Foundation for Justice, The Campaign to Free Lorenzo Johnson, and his Huffington Post blog entries are among the ways Johnson is pursuing his fight and gathering support.

In his recent blog entry entitled Hurry Up and Wait for Justice: The Struggles of Innocent Prisoners, Johnson sheds light on the ways the judicial system failed him and fails many others, leading to countless innocent people spending years and in many cases decades in prison before they are exonerated – if they are ever exonerated. Johnson discusses ways in which he believes innocent prisoners are delayed justice and subject to stall tactics, denied DNA tests that would exonerate them, and how evidence of innocence is often withheld.

Johnson describes other prisoners who spent decades in prison for crimes they did not commit despite alibis, false, circumstantial evidence, and even a confession from the actual person who committed the crime. He discusses his own experience, violated rights, stalled justice, and disregarded innocence, being told he “filed his appeal too late” after multiple uncontested continuances. Still, Lorenzo Johnson continues to fight to prove his innocence and to advocate for justice in a failing system.

The Innocence Project is a national litigation and public policy organization with the same mission as Johnson: to exonerate wrongfully convicted individuals and to reform the criminal justice system to stop future injustices. Based on limited research, The Innocence Project estimates that between 2.3-5% of all prisoners in the U.S. are innocent. This means thousands and thousands of innocent people with their lives taken from them, serving sentences for crimes they did not commit.

The Innocence Project seeks to:

Read more about the work of The Innocence Project on their website, including ways you can get involved to support the cause.

JUVENILE COURT: WHAT HAPPENS WHEN A MINOR BREAKS THE LAW?