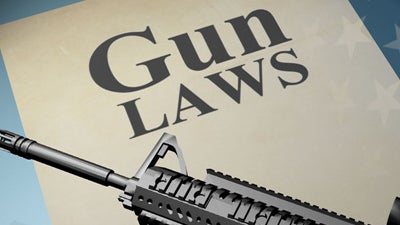 In the week following the tragic shooting in Roseburg, Oregon, there has been an outpouring of emotion across the nation, as well as many politicians and public figures speaking out about gun control.

Umpqua Community College and the Roseburg community experienced heartbreak and tragedy last week when a 26-year old student open-fired on campus. The New York Times eloquently describes the confusion, horror, and heroism that took place that day and that continue to riddle the nation.  Nine victims died in this massacre, including a teacher and 8 students, ranging in age from 18 to 67. Nine others were wounded. Officials report that the shooter died of a self-inflicted gunshot wound, after first being shot and wounded by an officer on at the scene. Investigators have reportedly found 14 firearms connected to the shooter, including pistols, rifles, and shotguns. All of the weapons were legally obtained by the shooter or family members over the past three years.

The Washington Post presents data that there have been 294 mass shootings in the first 274 days of 2015. Mass shootings are defined in this report as incidents where four or more people are killed or injured by gunfire.

The nation is outraged and looking for answers. When will this end? How can we stop this from happening? How many more innocent people have to die?  How many more families have to grieve?

Hilary Clinton has been outspoken on gun control throughout her presidential campaign and in light of this tragedy has increased her efforts. This week, Clinton spoke out  and pledged to tighten laws around firearm purchasing, including background checks at gun shows and on the Internet. She will target the loopholes that allow gun buyers to purchase firearms from private “occasional” sellers without background checks and that allow gun sales to proceed without background checks completed in full. She will also seek to prohibit all domestic abusers from purchasing weapons. You can read more about Clinton's gun control goals and efforts here.

Republican presidential candidates have remained definitively opposed to stricter gun control laws and measures in the aftermath of the recent massacre in Oregon.

No matter where you stand politically, it is important to understand the law. The Second Amendment to the U.S. Constitution guarantees the right to bear arms. Washington State supports this right, but with limitations. There are specific laws that are currently in place which impose restrictions and regulations on the possession, purchase, selling, or use of firearms and other weapons.