WATCH YOUR SPEED! I-90 SPEED LIMIT IS NOT INCREASING TO 75 MPH 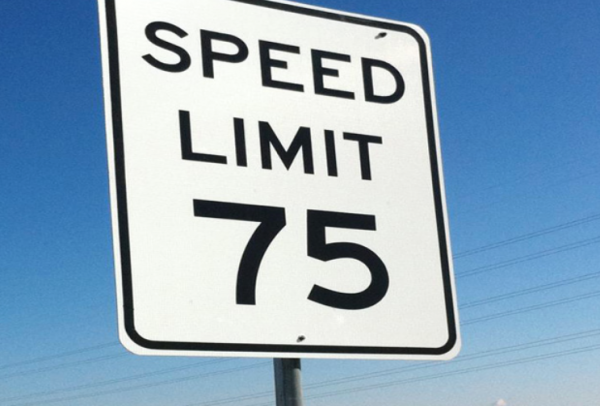 I-90 drivers will need to continue to watch their speeds, after the rejection of a proposal to increase the speed limit from 70 to 75 mph.

The Seattle Times reports that the state decided last week they will not raise the speed limit along rural sections of I-90 in Eastern Washington, as was proposed. The Washington State Dept of Transportation, Washington State Patrol, and Washington Traffic Safety Commission were involved in reviewing this proposal, which requested the increase along ~100 miles of highway, from George to the Lincoln/Spokane County line. A law reportedly passed in 2015 that would allow for an increase, if it was deemed safe, so Eastern Washington legislators requested the proposal be reviewed by the above-mentioned agencies. The proposal was rejected due to safety concerns. The agencies performed an analysis that predicted an increase of 1.27 fatal or serious crashes each year if the speed limit were raised to 75 mph, as well as an increase in $8.3 million additional safety expenses annually. They determined these sacrifices were not work the time savings for drivers, since the top priority is safety.

Washington State hopes to eliminate traffic fatalities and serious injury collisions by 2030, under the Target Zero Plan. Our prior blog post describes Seattle's Vision Zero plan, which is a portion of the statewide effort.  The state's traffic safety agencies are committed to making decisions that support this goal

More than ever, it is essential that drivers be aware of the rules of the road. All around Washington State, there are increased efforts to promote safety, which in addition to potentially saving lives puts traffic law violators at increased risk of being stopped!

If you do receive a traffic ticket, be wise and consult our experienced traffic attorneysbefore paying it. Our traffic attorneys work aggressively, efficiently, and creatively to defend each unique ticket. It is almost always worth it to fight your ticket and to do whatever you can to keep it off your record. Even ONE traffic ticket on your driving record can potentially increase insurance premiums for 3 years! Whether you receive a speeding ticket, reckless driving, or another moving violation, we are prepared to fight your case. It is our goal to protect your driving record, insurance rates, privilege to drive, and in some cases even your job.

The first step in beating your traffic ticket is to contact our practice. Please contact our traffic attorneys at Dellino Law Group today for a Free Consultation.

IT’S THE DAY AFTER YOUR CINCO DE MAYO CELEBRATION – DID YOU DRINK RESPONSIBLY?

THE END OF THE SCHOOL YEAR IS NEAR – IS IT TIME TO MODIFY YOUR PARENTING PLAN?