WHAT HAPPENS IF I AM ARRESTED IN WASHINGTON STATE? 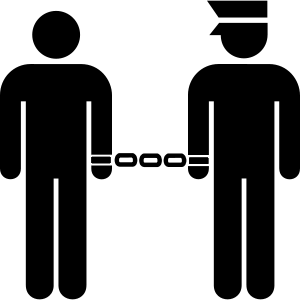 Being arrested for any reason can be an emotional, upsetting, and confusing experience. Unfortunately, this is a situation that many people will encounter in their lifetime, often on repeated occasions. Knowing what to expect in being arrested and navigating the Washington State legal system may make the journey an easier process.

If you are arrested, you will be brought to the jail in the county where the arrest took place. You will be fingerprinted and photographed during the booking process, but can't be held more than 24 hours (not including weekends or holidays). During this process you must surrender anything you are carrying or wearing, and you will be provided a receipt. You should ask to contact a lawyer as soon as possible.

In some instances, you may be arrested and then released with or without bail after being booked. Whether or not you remain in jail, arraignment will take place on the next day court is in session. You (the accused) will hear the charge(s) against you and be allowed to plead guilty or not guilty. If you are not already represented by a lawyer, the judge will remind you to hire one or you will be appointed a public defender.

At the arraignment, bail may be set unless the charge or the risk of flight is severe enough to eliminate this option. For some, this may require the assistance of a bail bondsman. If no bail is set, that means you are being released on your recognizance.

During this time or at any period through the entire process, your lawyer can negotiate a plea bargain. This means pleading guilty to a lesser charge, which will likely allow for a more lenient sentence.

Additional pre-trial hearings may be held and then the trial will begin. Trials vary in length and complexity, but the basic/simple structure for a trial is as follows:

The difference between being found guilty and not guilty is often the difference between jail and freedom, and depends a great deal on an individual's legal team. If you have been arrested for any reason in Seattle and surrounding areas, contact our dedicated, knowledgeable attorneys at Dellino Law Group as soon as possible. We will vigorously defend your rights and work diligently to reach the best possible outcome in your case.

HOW CAN I CLEAR MY CRIMINAL RECORD?

WHAT HAPPENS IF I AM CONVICTED OF A FELONY IN WASHINGTON STATE?