WITH HATE CRIMES AND HARASSMENT ON THE RISE, WHAT CAN WE DO? 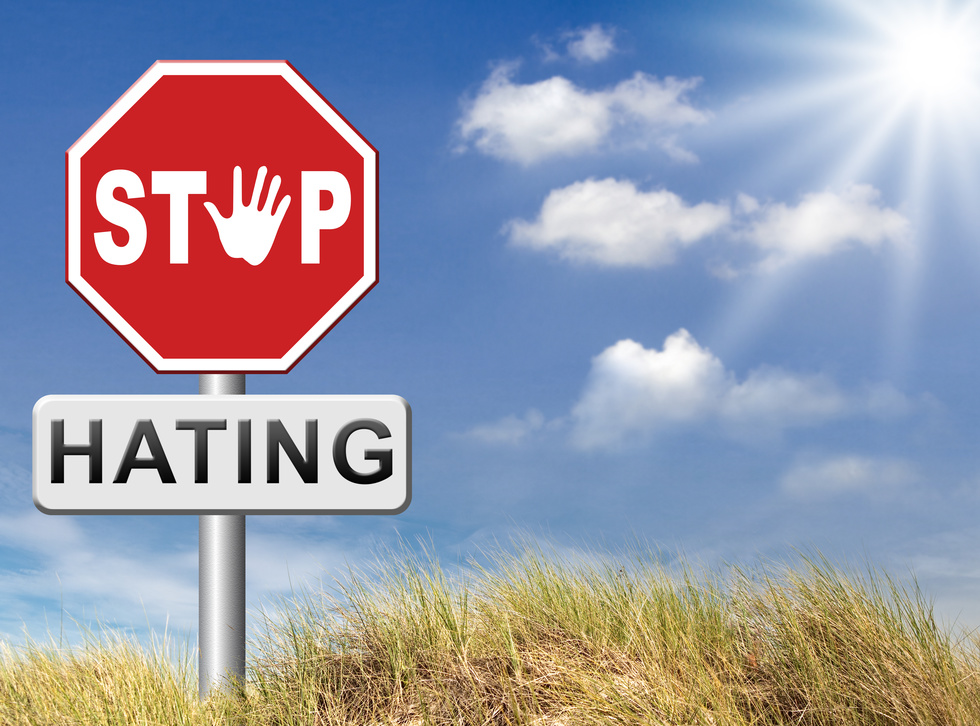 It has been almost 2 weeks since Election Day. Despite your political preference, it is fair to say these are unsettling times. News sources around the country are reporting a significant spike in hate crimes, harassment, and intimidation.

Just one week post-election, NBC News reported that “hundreds of hate crimes” had been reported. The Southern Poverty Law Center (SPLC) published a report about these incidents and is continuing to track reports as they come in. SPLC is a group dedicated to fighting hate and bigotry and is devoted to seeking justice for the most vulnerable members of society. Hate crimes, including harassment and threats, are occurring all around the country. Multiple incidents are listed and described in the NBC News article, and on widespread news sources daily. Victims of hate crimes are most often targeted because of their race or ethnicity, religion, or sexual orientation.

Many people are frightened about what is happening now and the uncertainty of what may come. Nationwide reports of harassment against ethnic and religious minorities, as well members of the LGBTQ community, continue to surge. UW Bothell is investigating reports of a hate crime targeting several Muslim women on campus. San Jose University and NYU have reported similar incidents of anti-Muslim harassment and threatening behavior. Critics of the President-elect believe the rhetoric used throughout his campaign has largely contributed to a surge in anti-Muslim sentiment and increased incidents of harassment and violence.

New York Governor, Andrew Cuomo, calls the rise in hate crimes since Election Day an “explosion”. Cuomo referred to the prejudice, discrimination, and hateful harassment as a “social poison in the fabric of our nation”. The significant rise in such crimes in New York has led to the creation of a special hate crimes police unit.

Millions of concerned citizens across the country are engaging in protests, walkouts, and demonstrations to show solidarity with the communities that may have felt targeted by the President-elect's campaign, and who continue to feel targeted by fellow Americans. These people are seeking to fight against hatred and hate crimes and demand equality for all.

Our law firm strongly rejects the hateful attitudes and rhetoric that permeated throughout the 2016 campaign. We reject racism, sexism, Islamophobia, xenophobia, homophobia, transphobia, and all other forms of hate and bigotry.

We urge you to remember that hate crimes are not only inhumane, they are illegal. In Washington State, A person is guilty of malicious harassment (RCW 9a.36.080) if he or she maliciously and intentionally commits one of the following acts because of his or her perception of the victim's race, color, religion, ancestry, national origin, gender, sexual orientation, or mental, physical, or sensory handicap:

Please review the statute for additional detail and circumstances which may constitute malicious harassment.

To report an immediate incident or one that has just occurred, and/or if you feel that you are in any danger, please call 9-1-1. If the incident has subsided, there are no injuries, and you are out of harm's way, contact the local police department.

If you have been the victim of any type of hate crime and are in need of legal representation, please contact a criminal defense attorney as soon as possible.  Our criminal defense attorneys will explore the ins and outs of your case and pursue the best possible outcome. If you have been unjustly accused of malicious harassment, we can help you to clear your name and avoid a felony conviction on your record. In either case, we are dedicated to helping you understand and advocate for your legal rights.

Please consider reading our recent blog post: How to be kind to yourself and others. During a time when so many people are feeling anxious, nervous, fearful, angry, and saddened, we need to remember what is important: universal kindness and compassion.

DIVORCE: WHAT ABOUT THE FAMILY HOME?